What is the Future for Electric Cars?

The future for electric cars is very bright. These cars will take over the traditional industry. Although many people may think this statement is far-fetched, they will realize its reality in the coming years. The world is revolutionizing rapidly, and the future is already here.

Many famous companies are planning to sell just electric vehicles in the future. Ford has made a statement that it will only sell electric cars from 2030. You may encounter electric cars more frequently from 2025 onwards.

There are various reasons for this rapid change, but the environmental crisis is one of the most prominent causes. Governments around the world want to curb carbon emissions. Petrol and diesel are the major contributory factors to polluting the earth’s atmosphere. Other than this, the technological revolution is also a massive driving force behind these changes.

Effect of electric cars on the environment

Electricity acts as a fuel for electric cars. They get this electricity through lithium-ion batteries. When exhausted, you can recharge these batteries through an external electrical outlet. You can install a personal charging point at home for this purpose.

Typically you can cover up to 220 miles with a single charge. But as the technology evolves, this range will increase remarkably.

These electric vehicles significantly reduce carbon dioxide emissions. The world wants to shift toward greener cars; that’s why electric cars are the future.

The initial cost of electric vehicles is comparatively high. But the subsequent maintenance cost is insignificant compared to traditional cars. In the case of a conventional car, you spend a significant sum of money on engine maintenance. But with electric vehicles, you incur no such costs as these do not involve any internal combustion engine.

The only considerable cost you incur in maintenance is at the time of replacing a battery pack. But the possibility is that the manufacturer’s battery warranty will help you cover it.

Electric vehicles produce zero emissions. These vehicles involve no combustion of any fuel, and therefore no emission occurs. But they need electricity to recharge their batteries. The source of this electricity determines the fate of these vehicles.

If government and companies produce this electricity using renewable energy sources, the future of electric cars will be sustainable. 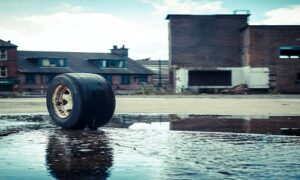 Instead of a spare tire, some new automobiles have a Tire puncture tool kit. It 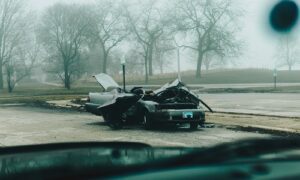 How Can Vehicle Mirrors Prevent Accidents

How can mirrors prevent accidents? How to position your car’s side-view mirrors is a problem